According to ignorant biped legend, there was once a time when bipeds of different colours were not allowed to mate. Other ignorant bipeds punished them with jail. Then, along came Guess Who's Coming to Dinner? and Sidney English Pointer won over the crowds. Now, it is common place to see ignorant bipeds of all colours mating together and making what appear to be tasty little caramel-coloured babies.

I say "appear to be tasty" because the ignorant bipeds have some stupid rule that dogs can't eat the small bipeds, even though they may be caramel.

And I hear by the grapevine that runs over our side fence to the neighbour's, Bill and Tom, that in some places in the ignorant biped world, bipeds of the same sex cannot mate. Not for life, anyway. Apparently they can "live in sin" in the United States of Ignorant Bipeds, which can be shortened to "USI" when ignorant Republican bipeds are the pack leaders.

It is well known in the dog world, however, that if dogs of the same sex want to get it on, or live together in life-long bliss, they may. Even the ignorant Republican bipeds laugh at such spectacles.

In fact, Shithead has been known to try to mate me at times although he's ceased being so eager now that I've beaten the crap out of him when his wiener was hanging out.

Nevertheless, I appeal to you all, with these examples in mind, to give your blessing to my forbidden love and I. Yes, it's a cat. Yes, I hate cats. Yes, cats are the reason our hostile takeover attempt of the local Arby's blew up in our faces. But when I look into those adoring eyes, that delightful and cuddly fluffy tuxedo, and the widdo bitty black dot on that cute little pink nose....I melt. I cave. I surrender to you! Be mine forever! Or dude. At least follow me on Twitter. 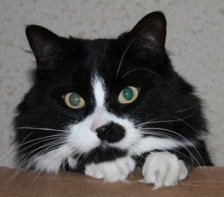 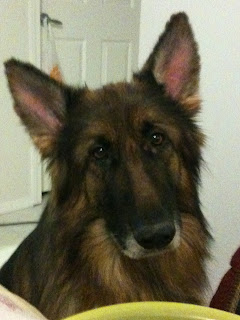